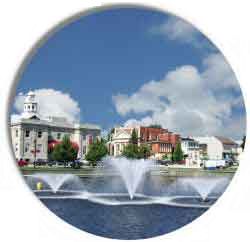 Perth's Tay River Basin is the start of the Tay Canal, which was built in 1831-34 as Perth's transportation link to the Rideau Canal. The Tay Basin/Canal served as the focal point for commerce in Perth and the surrounding area.

Today, downtown Perth can be reached from the Rideau Canal system via the Tay Canal; teminating at the Tay Basin. Large boats will find they cannot get any further than the Last Duel Park (where they can dock) because of very low bridges near the Tay Basin. 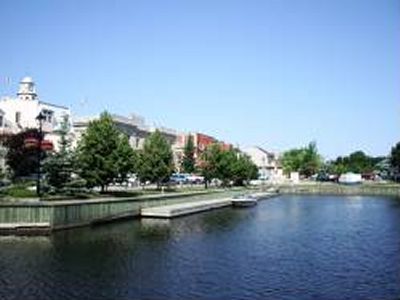 The Crystal Palace is located at the Tay Basin with Public Washrooms Open 8:00am to 7:00pm daily, seasonally, from May 15th. to October 15th. 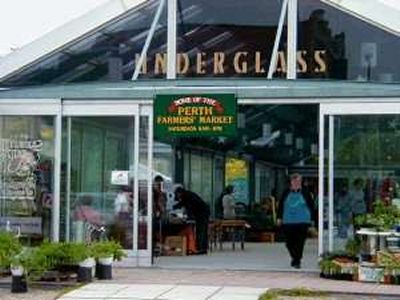 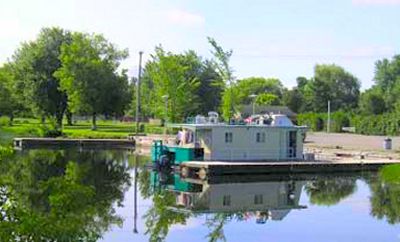 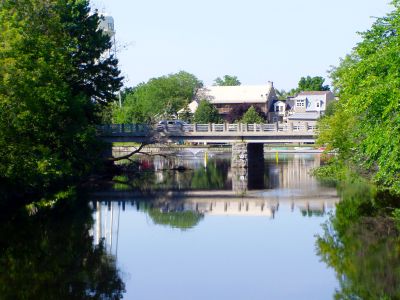 View coming up the Tay Canal, approaching the Tay River Basin. Bridge ahead in the photo limits the entrance of taller boats from entering the Basin. Therefore it is best to turn around and return to the Last Duel Park, and dock there.

The limiting factor for a trip all the way into Perth is the fixed height of the Craig Street bridge (2.1 metres (6.9 feet) depending on water levels. If a vessel is taller than this, the vessel will have to dock at Last Duel Park, a short walk from downtown Perth. If a vessel is less than 2.1 metres above the waterline but taller than 1.6 metres (5.2 feet), the vessel's operator will have to have the Beckwith Street Bridge swung open to get into the Perth basin. Vessel operators should mention this to the lock staff at Beveridges who can advise when the bridge will swing. 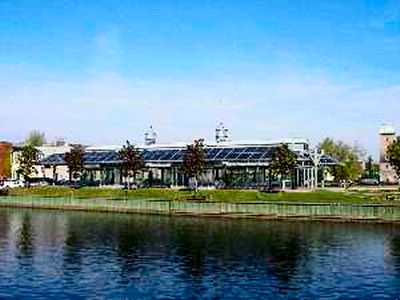 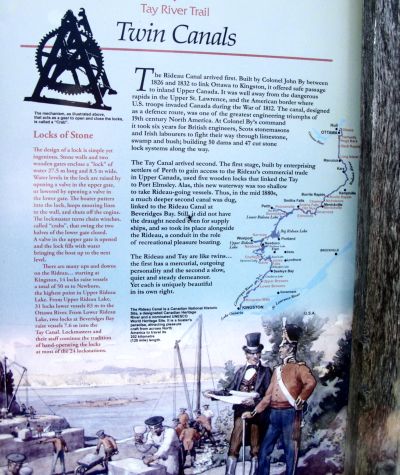